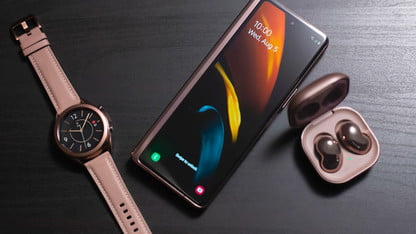 Apple is reportedly working towards getting its concept Apple AR Glasses to the public as early as 2022.

With the Coronavirus pandemic having taking it’s toll on company revenue, no doubt Tim Cook and co. is actively striving to diversify it’s increasing range of products portfolio.

The San Cupertino giant was also recently awarded a patent for taking virtual group selfies and it doesn’t seem to relent yet with a possible new product – AR Glasses in the works.

The Apple AR Glasses mission first garnered public interest after reports Apple have hired a team of 100 AR employees, since then, the tech world is already taken note.

Facebook-owned Oculus Quest have been the frontrunner for sometime now, they might be having a worthy competitor soon.

However, reports by Bloomberg point to the Apple AR Glasses not being the only AR product Apple is planning on releasing.

There’s another ultra-high-resolution VR/AR hybrid headset in the works for 2023 as well. The two devices are codenamed – N421 and N301.

The expected design and are still under wraps with the entire public being treated to series of renders on what might be.

We’ve heard talks about Apple’s AR Glasses and it does look like they’re going to be a reality until the dusk raised by the pandemic is settled.

The more intriguing product in the line-up is the Apple hybrid AR/VR headset.

According to the report, the headset is tipped to come with a high resolution display and cinematic speakers for a truly immersive experience.

This practically aims to make it impossible for a user to differentiate the virtual world from the reality.

Even though Apple probably will not announce these products at its upcoming WWDC 2020. We expect to start getting more updates about them from the subsequent Apple conferences.

Two things we are sure of, Apple will hope it doesn’t fall failure to the new-product-factor and…it won’t come cheap.