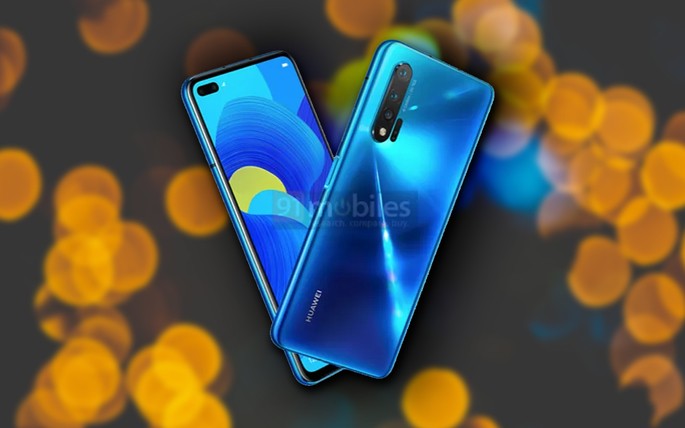 Having had its design revealed through an information leak, now the most important details about the specifications of the Huawei Nova 6 have been revealed.

The information has been advanced by 91Mobiles, but it is important to note that they claim no 100% warranty from their source. Still, even if some small details aren’t 100% accurate, it gives us a good idea of ​​what we can expect from this new high end.

As confirmed by the previously leaked image, the Huawei Nova 6 will come equipped with a dual front camera, which will be embedded in a punch-hole similar to what we see in the Samsung Galaxy S10 +. We have now learned that its capabilities will be quite impressive, with a 32-megapixel main sensor and a 12-megapixel secondary sensor.

For its “quad-camera” on the rear panel, it will come with a 60-megapixel main sensor, backed by a 16MP second and two 2MP sensors. It seems that this smartphone will be a great investment for those who value their selfies.

Another highlight is undoubtedly its 4,000mAh battery, which will come with 40W charging support. This new charging technology from Huawei has been named “Magic Charge”. Although no information on charging times has appeared, you can expect to be able to complete a charge in less than 1 hour.

Otherwise, the Huawei Nova 6 is expected to be powered by the powerful Kirin 990 processor, backed by up to 12GB of RAM and 256GB of internal memory.

Related Topics:huaweiHuawei Nova 6
Up Next

Lenovo One: The Concept of Union between Windows and Android

Huawei continues to go through a very difficult time in Europe and has been banned from launching new smartphones powered by Google applications and services. The first impact of the US measures was felt with the launch of Huawei Mate 30 Pro.

However, despite the problems in Europe, the manufacturer continues to grow in the biggest market in the world, China. The Huawei Mate 30 Pro and Mate 30 5G models were extremely popular. According to the brand, it took just 1 minute for the 100,000 units available to sell out.

While their smartphones are among the best today, the absence of Google services and apps is a real deal breaker for users in Europe.

Unlike in China (where there are no Google Apps and services), in Europe, these tools are essential for everyday smartphone use. Therefore, the manufacturer decided to launch the smartphone in only a few markets and in very limited quantities.

Unless they can solve the current problems with the United States, and get permission to do business with Google again, Huawei faces a very dark future in Europe.

Undoubtedly, this war is also hurting millions of users who wish they could buy the Huawei Mate 30 Pro 5G. Forgetting the absence of Google services, this is one of the best smartphones today.