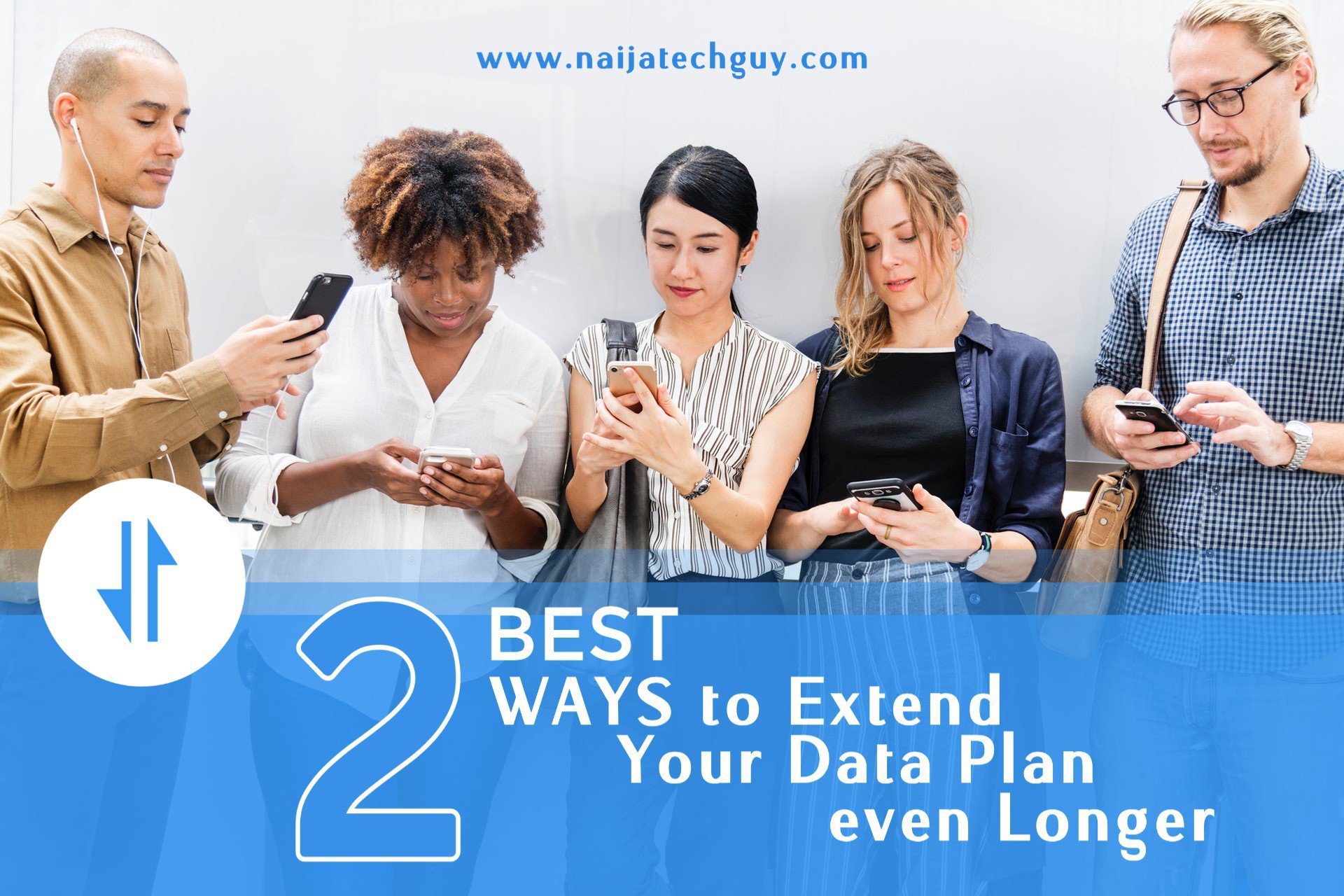 If there’s anything you need more aside from food, then it’s probably data.

Civilization has gotten more digital than ever, tech has rapidly evolved – so as apps. And regardless of what uses these apps provide, most of them need our mobile data to run efficiently.

Mobile networks are aware of these, and the cost data is obviously getting less expensive than it was. Thankfully, no matter what part of the world you’re in, there’s always a data plan for everyone.

But still, there is still a way to get the most out of your data plan without unnecessary usage that you might not even be aware of.

Now forget what similar articles you might have seen before, if you follow these two simple tips, you’ll definitely notice change in your data exhaustion rate.

As simple as this may seem, a lot of individuals don’t even know this. Turning off background data for some certain apps can save you a lot of money not just data only.

Reason is, some apps use your data even if you don’t have them open. It all happens in the background.

Here’s how to turn off apps background data.

First, go to Settings, then to Apps

You can do these for as many apps you wish not to use your data unnecessarily in the background.

Datally is another app from Google with the initiative of conserving more data for its Android users. The app is lightweight, its latest version is just little above 5MB.

Adding to this, it comes with a bunch of useful features like data saver that allows you to block data background usage or unwanted notifications from apps with ease, and also a detailed statistics of your data usage.

One tip though (more like an advice), if you’re at any point managing data stay far from YouTube. But if you still have the itch to watch youtube video, go for the lite version of the app, YouTube Go. Because I heard some people only get their senses back with the “your data is remaining 100MB” message. 🙄

Okay that will be all for now. If you have any questions, I will be more than happy to assist.

Thanks for reading, hopefully I’ll see you in the next post.

9mobile Free Whatsapp – How To Quickly Activate The New Plan

How do you convince Nigerians to Read? Put it in the “Terms and Conditions” – The Paystack misogyny Saga Explained in Full 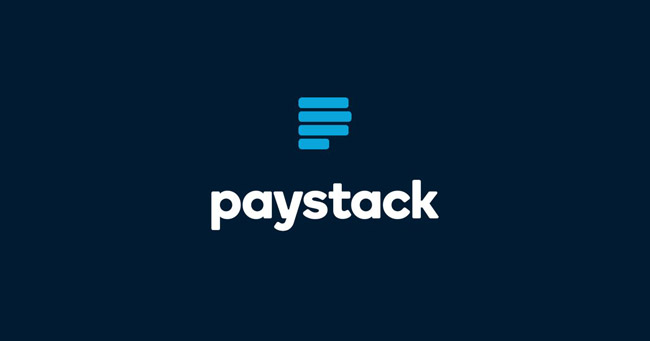 Yesterday, a global poorly kept secret was made evident for all to see with Paystack, a Nigerian fintech startup, top of the trend section on Twitter, after calls by some users to boycott the company.

Though the actual happenings weren’t really documented but reports reaching Naijatechguy states that it all went haywire when the popular payment platform revoked a payment link for a certain lady’s birthday party, and did I say hell was let loose? Yes, it did.

Apparently, in a nutshell I’m just here to let you know Paystack is now in the business of turning down certain individuals from using its payment service, maybe, because it has got a lot of request on its table.

Now, you’d be forgiven if you haven’t already gotten a sneek peek into the gist right now, perhaps you were hiding under a rock to avoid getting infected with the death sentence that is the Coronavirus pandemic.

We’re only joking here, you get right? Did you take that serious!!! Damn

Here’s how the whole plot between Paystack and the lady who had her payment link revoked played out on Twitter.

Paystack can’t be this Bahd. Are they?

On August 17, @obidi__ , a Twitter user, announced that she was organising a private birthday party in Abuja, Nigeria, on August 22: which translates to this Saturday. She also mentioned it was going to be a paid one.

However, to her utter surprise she woke up the next day to see Paystack, after tweeting she intended using the payment platform as her go-to for the party has for some reason blocked her birthday party because she was quoted as ‘selling body parts’.

Here’s the graphic for the birthday party in question: 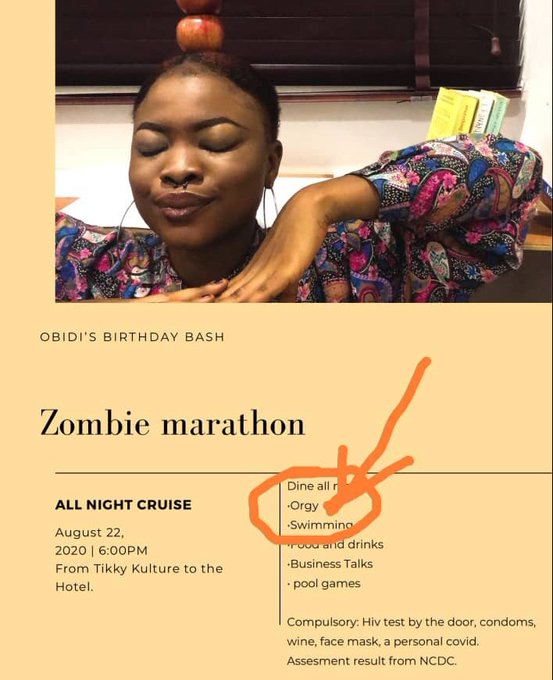 What ensured was a normal for the Nigerian Twitter section as she called out fanboys who ramped up the revoke against the tech company for their ‘partial’ deeds.

Deadass read their FAQ and I ever did was post a birthday party and they are blocking me for selling body parts? The misogyny in the business is stupid and thank goodness I develop too- I even got into Decagon and declined. Y’all fuck yourself for real pic.twitter.com/8yixurMj4G

A closer look however, has revealed that Paystack had disabled her account, but for another reason altogether. She didn’t adhere to a different part of the company’s Acceptable Use Policy. 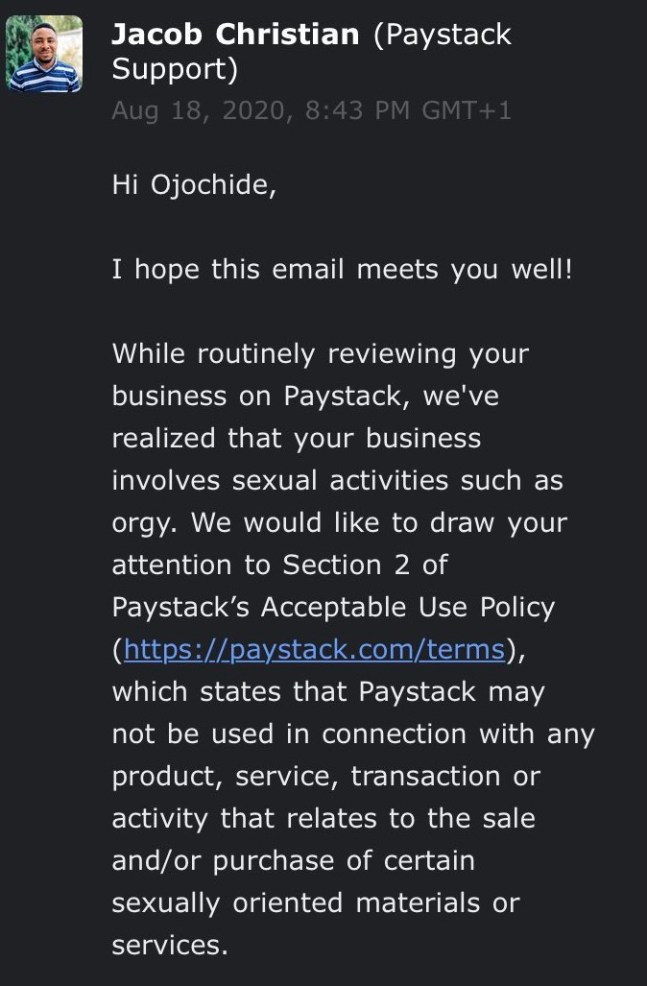 “We would like to draw your attention to Section 2 of Paystack’s Acceptable Use Policy ( https://paystack.com/terms ), which states that Paystack may not be used in connection with any product, service, transaction or activity that relates to the sale and/or purchase of certain sexually oriented materials or services,” an excerpt from the email read.

Now, we could all turn back to point accusing fingers at this lady but her crime is simply one each and every internet user have fallen for at least once in a lifetime.

WHEN LAST DID YOU READ A TERM’S AND CONDITIONS PAGE WHEN ACCESSING A SERVICE OR USING A PRODUCT?

It is very important to read a company’s terms and conditions and it is even scary and unhealthy to use any product you don’t find its scriptly documented acceptable use policy in it’s ranks.

In essence, she was trying to use Paystack in connection with one of the many business categories the company said it wasn’t going to permit in its Terms and Conditions. And as stated in its “ Actions by Paystack” segment, the company suspended her use of Paystack’s Services.

While it is a known fact that most terms and conditions are incredibly long and hard to read, situations like this Paystack-orgy saga subtly reminds us of their importance.

Mark Amaza, a Twitter user was also in support of the action taken by Paystack, writing that: “Paystack’s refusal to allow payment for sex work/orgies using its platform is more than just about the law. It is also about brand & financial risks it is willing to bear”.

I mean some other companies have even way scarier For policies. Stripes is one which doesn’t even allow payments for flights.

There have been previous collective cases of people complaining about social networks using their data for advertising purposes as can be seen with the TikTok security flaw. But over time, this same users have come to realise that they opted in for such maybe on Twitter trends or after they are done using the product.

Imperatively, it is jail-worthy putting the lives of users and individuals at risk but equally, you accepting these terms and conditions whenever downloading an app, accessing a service, registering on a website, is legally binding. It is for this reason you need to spend some time reading them before going forward or checking out that popular hook-up page.

This tame prophecy seems to be coming though all of a sudden as Twitter followers of Bill Gates and Elon Musk speculated that their accounts been hacked on Wednesday, as a series of tweets dangled a bitcoin giveaway that looked too good to be true.

I mean who could believe we could have a day when the entire bigwigs in the tech ecosystem will come together to “give back to the community”? It’s happening!

We don’t know how it’s happened with reports also speculating Twitter’s own systems may have been compromised. The hack however, is ongoing, with new tweets posting to verified accounts on a regular basis starting shortly after 4PM ET.

How it all began…

It all started off when Elon Musk’s Twitter account was seemingly compromised by a hacker intent on using it to run a bitcoin scam. Microsoft co-founder Bill Gates also had his account seemingly accessed by the same scammer, who posted a similar message with an identical bitcoin wallet address.

It was preceded by another quickly deleted tweet from Musk which said he was “feeling generous because of Covid-19.”

Both accounts are continuing to post new tweets promoting the scam almost as fast as they are deleted.

Though a spokesperson for Gates Teddy Schleifer, was seconds late in reporting the Heist from another account – “We can confirm that this tweet was not sent by Bill Gates. This appears to be part of a larger issue that Twitter is facing. Twitter is aware and working to restore the account.”

No doubting the major damage has already been with reports up to $10M worth of Bitcoin has been transferred already.
Shortly after the initial wave of tweets from Gates and Musk’s accounts, the accounts of Apple, Uber, Amazon CEO Jeff Bezos, Democratic presidential candidate Joe Biden, hip-hop mogul Kanye West, and former New York City mayor and billionaire Mike Bloomberg, among others, were also compromised and began promoting the scam.

Though it’s still unclear how widespread the operation is, but it appears to be affecting major companies and extremely high-profile individuals.

Suggestions are flying all over the internet views someone might have either found a severe security loophole in Twitter’s login process or third-party app, or that the perpetrator has somehow gained access to a Twitter employee’s admin privileges. 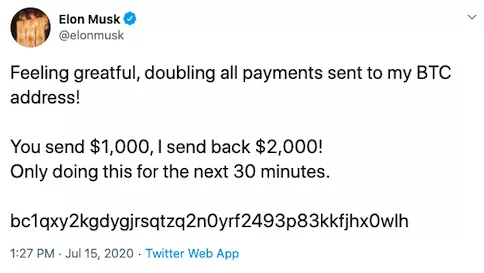 The origin of the scam appears to be when Musk’s account issued a mysterious tweet at 4:17PM ET reading, “I‘m feeling generous because of Covid-19. I’ll double any BTC payment sent to my BTC address for the next hour. Good luck, and stay safe out there!” The tweet also contained a bitcoin address, presumably one associated with the hacker’s crypto wallet.
The tweet posted to Gates’ account echoed the last Musk tweet, with an identical BTC address attached. It was also deleted shortly after posting, only for a similar message to take its place. 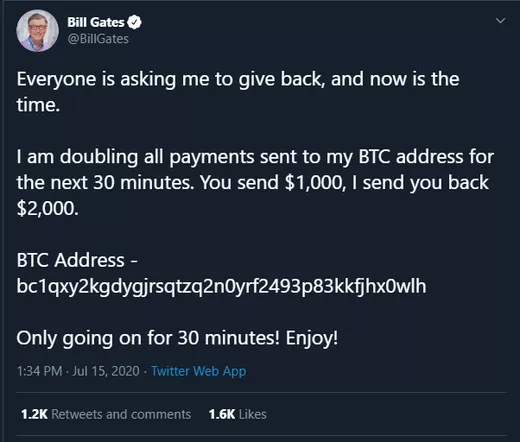 Moving on, Square’s Cash App appears to be one of the other company accounts compromise. However, it’s not clear if the culprit is the same or a different group as the tweet contained a different BTC address than the ones posted to the other accounts.

In addition to the Cash App, popular crypto Twitter accounts, including those of Cameron and Tyler Winklevoss’ Gemini cryptocurrency exchange and widely used wallet app Coinbase, were also compromised. Cameron Winklevoss claims the Gemini account was protected by two-factor authentication and used a strong password, and the company is now investigating how it was hit. 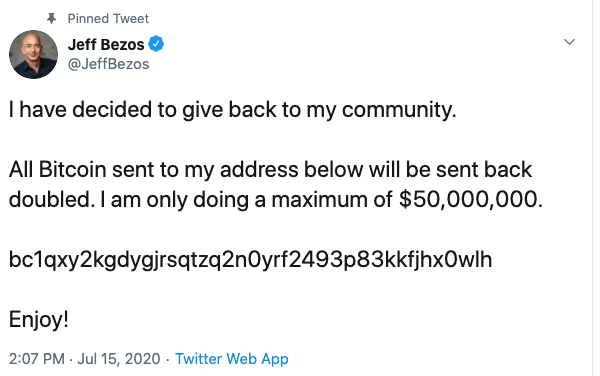 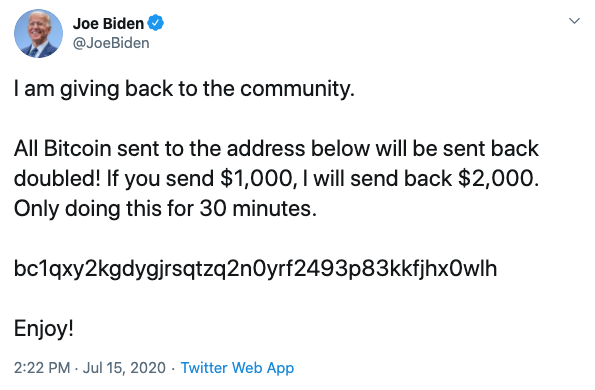 While majority of the accounts taken over has moved swiftly to inform the public about the ongoing heist though their support channels, Twitter however, is yet to make any official statement on what’s going on and how it came to be.

A Twitter spokesperson said “we’re looking into this.” The company will share a statement soon. We’ll update the story as we learn more.

More than $100,000 had been funneled to the bitcoin address included in the tweets.

Twitter CEO Jack Dorsey last year had his account taken over by a group of hackers calling themselves #ChucklingHella. The account immediately went on to tweet out the N-word in all caps before adding: “intel is there’s a bomb at Twitter HQ.” Twitter stock was down more than 3% in after-hours trading.

All this however, have once again brought the issue of cybercrime and its consequences to the limelight. Though the deed has already been done, humanity can’t keep any bargains no more about user security especially with new smart tech and homes evolving each day.