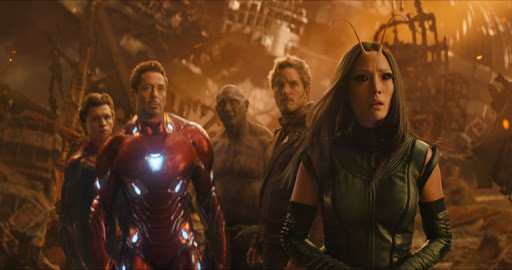 Disney’s latest alarmingly star-packed Avengers entry is going to set another box-office record for its opening weekend, eclipsing Star Wars: The Force Awakens, according to variety
The film is set to bring in around $250 million in its debut domestically, which would put it just ahead of the debut for the first star Wars film in more than a decade. The Force Awakens opening weekend brought in $247.9 million domestically, according to Box Office Mojo, which now also estimates that Infinity War will bring in around $250 million in addition to $380 million internationally.
Infinity War hit $105.9 million in its opening day on Friday,  according to Box Office Mojo, , which set it at a target just narrowly behind The Force Awakens at the time. But it now appears that stuffing a film to the brim with superheroes that the company has spent nearly a decade fleshing out with individual movies has become a superb strategy and continues to chug along, making  Disney’s $4 billion acquisition of the studio look like one of its best strategic moves in the modern era.
“We’ve been a company that has emphasized and is evident in how we have invested our capital the value of high-quality branded entertainment,”  CEO Bob Iger said at the Morgan Stanley Technology, Media & Telecom Conference back in February. “And the acquisitions of Pixar, Marvel and Lucasfilm Star Wars, obviously, were a reflection of that core strategy. This gives us a larger portfolio of high-quality branded content. When you think about FX, when you think about National Geographic, when you think about a number of the franchises that Fox has created, including their Marvel franchises and Avatar and other product, we believe that this fits beautifully into the strategy to continue to invest in entertainment, particularly in a world that seems to be growing in terms of its appetite to consume entertainment.”
The next closest films for a debut performance after The Force Awakens are The Last Jedi(unsurprisingly) at around $220 million, followed by Jurassic World at around $209 million, and then the first Avengers film at $207.4 million. Essentially, Disney is cleaning up at the box office and setting records thanks to a number of smart acquisitions —  it bought Lucasfilm for $4.05 billion in 2012.
Disney still has yet another massive film coming out before the second quarter even ends, with Solo: A Star Wars Story set to come out next month. Marvel’s Black Panther brought in an estimated $688 million domestically, according to Box Office Mojo.
Image credit: marvel
What do you think?
Comment 👇

Related Topics:news
Up Next

Top 8 Movies That Will Make Your Independence Day Awesome

Michael Ajah
Well, this happens to be one of those few moments I decide to swerve a bit from tech and go into a little entertainment it’s Reader’s Deluxe. I’m sorry I haven’t actually kept up with this school work load has been really heavy on me lately. So while you’re sitting at home relaxing , Michael is here typing.

Nevertheless let me get down to the list of movies I selected for you today with the download links
So just sit-back , get a bowl of popcorn, a can of soda and enjoy the movies.

Today I’ll be giving you a mix of horror, action and a little bit of romance for the hopeless romantics out there. I’ve watched all of these movies so believe me when I say they will make your weekend  and I’m not dropping spoilers sorry

Tom Cruise will definitely get you off your seat. I definitely found out why this movie shut  down theaters and the box office reviews were something else. Tom is trapped in a world where any wrong decision could bring down the whole mission. Is it truly an impossible mission or would you rather say Mission Impossible

I can watch this movie 5 times and not get tired of it. Game Over Man is actually a Netflix Movie about 3 Waiters who happen to be attendants in a hotel where hostages have been taken. The 3 waiters are now stuck with a decision of being captured or fighting to defend themselves.

Two British Teenagers are worried on their last day of high school, there’s a big problem they have – “They haven’t been laid yet” and they know they risk being laughed at if they don’t do it before they get back to the U.K. They plan on getting de-virginized before leaving but it doesn’t go too well at first as they end up getting kidnapped initially.

A Military officer comes back to visit his dead brother’s family. He takes his niece to a football game and the stadium has just been rigged with bombs by the Russians. Will he save his niece on time and also save the remaining people in the stadium.

Socially awkward Doug Harris (Josh Gad) is two weeks from marrying the girl (Kaley Cuoco-Sweeting) of his dreams, but he has a problem: He doesn’t have any groomsmen for the occasion. Desperate and running out of time, Doug calls upon Jimmy Callahan (Kevin Hart), owner and operator of Best Man Inc., a company that provides attendants for friendless grooms. As Doug tries to pull off the con, a bromance unexpectedly blossoms between Jimmy and himself.

Olivia, Lucas and a group of their college friends travel to Mexico for one last getaway before graduation. While there, a stranger convinces one of the students to play a seemingly harmless game of truth or dare with the others. Once the game starts, it awakens something evil — a demon which forces the friends to share dark secrets and confront their deepest fears. The rules are simple but wicked — tell the truth or die, do the dare or die, and if you stop playing, you die.

In the movie advert slot….Of course there’s no movie like advert slot yet,at least for now, and what if I told you more than a hundred thousand  people read my posts every month. Your business could be shown to them . Think of how it’ll boost your business. reach out to me on Whatsapp for enquiries- +2348134375481

TGIF : These 13 Movie Series Based On Hacking And Technology Will Spice Up Your Weekend

Michael Ajah
It’s the end of the week..the end of the work week though and it’s time you ought to give yourself a treat and unwind a little bit . You could hang out with friends ,go clubbing or just treat yourself to a bottle of Hennessy and pizza while watching a movie. A perfect combo isn’t it. Have you ever thought of how it feels to be a hacker, a tech geek and a programmer all at the same time.
I’ve lined up a couple of very interesting movies that’ll definitely make your weekend. Without further ado…let’s get things rolling. Of course if you need the download links to any one of the series, kindly drop a comment below.
#1 Mr. Robot 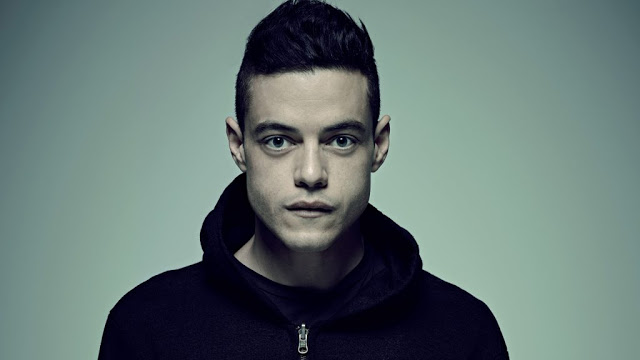 The elite hacker uses computers, smartphones and many other technologies to penetrate  a secure network to take down an evil corporation while being anonymous. The show displays the life of a young programmer named Elliot who works on a cyber-security engineer and a vigilante hacker by night.
#2 Silicon Valley

This TV series displays the tech and hacking with a bit of comic touch. The series shows the competition between techies in the high-tech gold rush of modern Silicon Valley. What’s more interesting is the people who are more qualified are least successful whereas underdogs are making it big. This show is running successfully for three years now.

The IT Crowd is very popular series and was running successfully for eight years from 2006 to 2013. unlike Mr.Robot it has its moments of hacks. The series shows the comedic adventures of a rag-tag group of technical support workers at a large corporation.

It is one of the best TV series made till now. You will get to see humor, twists, and lots of other things. In this show an intelligent programmer built an AI (Artificial intelligence) that helps to stop the crimes in the city. The show will definitely give you chills.

The TV series was somehow popular and ran from 2007 to 2013. The show shows the character of a young hacker and nerd who accidentally downloads US Govt, secrets into his brain and there is where the story starts CIA and NSA agents protect him and at the same time exploit him.

Set in the 1980s, this series dramatizes the personal computing boom through the eyes of a visionary, an engineer and a prodigy whose innovations directly confront the corporate behemoths of the time. Their personal and professional partnership will be challenged by greed and ego while charting the changing culture in Texas’ Silicon Prairie.

Special Agent Avery Ryan works to solve crimes as a CyberPsychologist for the FBI. The series has some plots and twists in which the main character tries to map the brain of hackers and cybercriminals.

This TV show shows a life of a spoiled billionaire Oliver Queen who goes missing when his yacht is lost at sea everyone presumes he is dead. After five years he makes a return with a changed man this time he wants to clean up the city. The TV Show shows some good amount of technology and inventions.

An eccentric genius forms an international network of super-geniuses to act as the last line of defense against the complicated threats of the modern world.

This TV series is realistic in this series a bunch of geeks comes up with a social networking app to find people you should know. The TV show displays the challenging life of silicon valley because there’s lots of competition.

Well, this is one of the best TV Series which you should watch if you are nervous about how all the cool new innovations happening right now and how it would impact lives. The series basically examines modern society and the unanticipated consequences of new technologies.

This is an American crime film directed by Lain Sofley. The movie follows a group of high school hackers and their involvement in a corporate extortion conspiracy. Basically, this movie is all about hackers who are blamed for making a virus that will capsize 5 oil tankers.

Who Am I: No System is Safe is a German techno-thriller film which is directed by Baran bo Odar. The movie revolves around Benjamin, a young German computer whiz is invited to join a subversive hacker group that wants to be noticed on the world’s stage.
And..It’s a wrap thanks for tuning in today.. Like I said..If you need the links to the movies. I’m just one call away. Leave a comment. Cheers