Looking at the name, I’m still trying to make sure I’m not calling the name wrongly.

I guess we’ll have to wait until Tim Cook mentions it during the launch tomorrow. Nothing much has been said about the specifications of the new iPhone officially but a couple of leaks have actually showed us what to expect. Here’s a summary of what I’ve seen in the leaks so far – (However take this information with a pinch of salt until we hear from the horses mouth
– Tim Cook 😀. Although the chances of this information being correct is 85%)

1.There’s no Touch ID, It’s replaced by Face ID. (This means you’ll be unlocking the device with your face instead of a fingerprint)

2.The iPhone X Side Button will actually not be clickable but press-able like the iPhone 7 Home Button with Force/ 3D Touch. It also has Hall Sensor Built in which can support iPad Magnetic Sensor like accessories (Smart Cover).

3 iPhone X is powered by a new A11 fusion SoC, which features a six-core processor. Four are so-called “Mistral” high-performance cores, while the other two are low-power “Monsson” cores.

5. iPhone X will have  Animoji. It’s a type of customized animated messages that use your voice and reflect your facial expressions. It makes use of face-tracking hardware.

I’m actually thinking of the number of things I could get at that amount, Bags of Rice, A new laptop, 6 Oukitel K1000 Phones.. A farm in Ogun State.. The list is actually endless

Nevertheless, I think Apple really did a good job with the iPhone X but it’s a bit Overpriced.

The Launch Starts By 7pm GMT+1.

Uganda Is Working On A Machine That Detects Pornography

How To Force Restart The iPhone 8 If It Freezes

Michael Ajah
I’m not really a big fan of Apple products so this isn’t actually any of my business but I decided to make a post about it for you (that’s if you are using an apple device. However, I must not fail to say that the iPhone 8 is a solid phone. 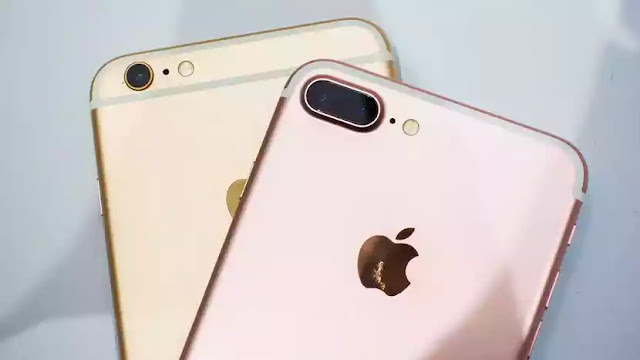 However like most phones, the iPhone 8 still has moments that make it freeze and leave the owner like –

Previously before the release of the iPhone 8, you could hold the power and home buttons for several seconds to force a reboot. This served as a great strategy if your iPhone was frozen, but now you’ll have to use a slightly new way to force-restart your device now because the old method no longer works.

3.Finally, press and hold the side Power button until you see the Apple logo appear on the screen, then let go.

If this doesn’t fix your problem, you should try booting into recovery mode:

Connect your iPhone to your Macbook or PC with iTunes installed using a USB cable.

Follow the same steps, but hold the Power button even after you see the Apple Logo.

You’ll see a Connect to iTunes screen appear after a few seconds. Release the Power button, and launch iTunes.

iTunes will tell you there’s a problem with your iPhone. You can choose Update or Restore to attempt to fix it.

This method isn’t as smooth as it was before, but it still only takes a few button presses. Hopefully you’ll never have to use it

Apple just sent out invites for The iPhone 8  Launch event with a simple tagline  “Let’s meet at our place.”
The event will hold at the Steve Jobs theater on the 12th of September..
The invite doesn’t really give many clues as to what Apple is planning.

It’s the 10th Annniversary of the iPhone so Apple is expected to unveil the iPhone 8 with an AMOLED bezeless screen and an amazing 3D-sensing imaging. There will likely be a duo of  the revamped iPhone 7s and iPhone 7 s plus with wireless charging and upgraded hardware.
There might be a 4K Apple Tv or an LTE Apple watch unveiled as well. Let’s keep our fingers crossed though.
Stay tuned.