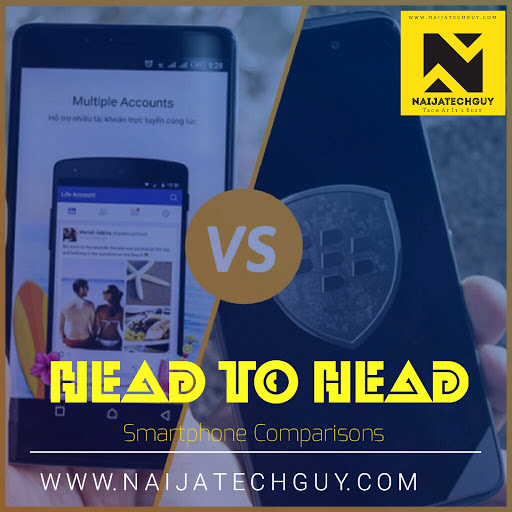 In the past six months a lot has been going on in the smartphone world and we all have seen a lot of new designs and features. Some designs worked while some failed. We saw Google’s abandoned modular project – Project Ara, The LG G5’s modular design, Motorola’s Moto Mods, Samsung’s Grenades (Note 7’s) and Xiaomi’s Mi Mix with a Bezeless Design.

In the Nigerian scene, Transission Holdings which owns Tecno, Infinix And Itel has not failed to surprise us with sleek devices.

You can agree with me that the Tecno Phantom 6 Plus was amazing though I never got a hands on review but the specs  I saw on other tech blogs were amazing but the pricing was a little bit off the bar. The Infinix Hot S was good as well.

Products by Apple, Google and South Korean Giants, Samsung are mostly what the rich folks go for these days. They’ve managed to keep that space by releasing top notch devices – the Samsung Galaxy S7, Google Pixel and iPhone 7.

Gionee, Huawei And Xiaomi are also doing averagely well in the Nigerian market.

You may ask – How Does Nokia Come Into The Picture?

Nokia’s biggest mistake was signing an agreement with Microsoft and they’re definitely learning from their mistakes. Nokia is coming back to the Android scene this year and it’s smartphones will be handled by HMD Global and Foxconn (a company who produces iPhones  for Apple as well). I think they’ll beat other smartphone manufacturers in Nigeria if they play their cards right.

I know Some Apple Fan Boys and Tecno Fan boys will come for me like :

But before that Here’s why –
1  Artificial Intelligence

AI is the next generation of technology and it’s something even new device should definitely have. Nokia is allegedly coming with its own AI assistant named Viki to make it the 4th smartphone company with an AI assistant for its devices.
The only Android smartphone that can compete with it in this area is the Samsung Galaxy S8 which will be coming with its new AI as well (Bixby).

Artificial intelligence helps users with various tasks on their device and can even control an entire house and gadgets if your home has a lot of IOT devices.

I would have added Amazon’s Alexa to the list but it’s not a smartphone company.

Tecno, Infinix And Gionee are much popular than Nokia smartphones because literally Nokia has no Android devices. The Nokia X and Nokia XL was a disaster so I’d rather not classify it an android phone. However in general, Nokia is still very popular, Most people who have two devices prefer using a Nokia phone as the secondary phone.

No matter what, the name Nokia still has that  special place in the hearts of mobile phone users in Nigeria. It hurt so much to see Nokia lose its place to other OEM’s but with the kind of devices Nokia is planning on releasing this year, they’ll certainly give other OEMs a run for their money.

Nokia is planning a huge come back this year and they’ve budgeted almost $500 million dollars for just advertisements globally.

That’s a massive amount of money. Other OEM’s won’t budget too much since they already have a certain place in the market already.

All new Nokia devices will be running on Android 7.0 and Nokia is reportedly working very closely with Google on their devices meaning that Nokia phones will definitely have a form of support from bug fixes to software updates via OTA unlike some of the other OEMs that release updates once in a blue moon.

Some wait till pigs fly before they send updates.

Nokia is planning to change all that.

Here’s A Poll Vote The Device You Think Will Be Most Popular In 2017.
#qp_main961816 .qp_btna:hover input {background:#00355F!important} #qp_all961816 {max-width:815px; margin:0 auto;}
Which OEM Will Be Most Popular In Nigeria This 2017
TECNO
ITEL
INFINIX
SAMSUNG
HUAWEI
NOKIA
SONY
XIAOMI
GIONEE
Other
Please Specify:
©NaijaTechGuy.com 2017. This Post May Not Be Reproduced Any Where Else Without Linking Back To This Page.
Posted via Blogaway

Nokia 6 May Be Getting A Lower Version – The Nokia Heart